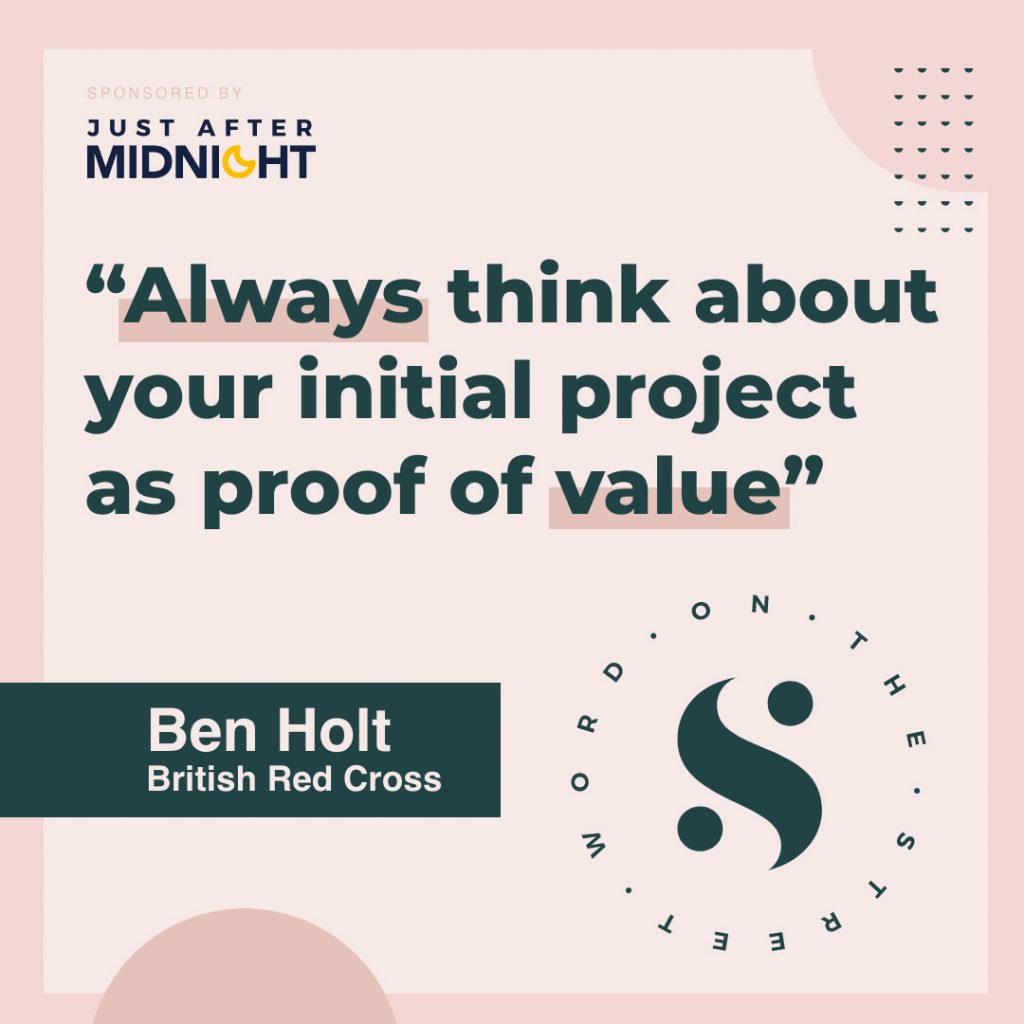 Stop finding solutions before you’ve actively listened to the problem. Don’t just get caught up in the exciting, big picture, vision for the future.

Episode 1 of Word on the Street welcomes Ben Holt, Technology and Innovation Lead at the British Red Cross who discusses the experiences he has had with agencies in his current and former roles where the relationships have worked well, and others not so.

Katie and Ben delve into the magic of diversity in team dynamics, how collaboration between clients and agencies should and needs to change and where smaller agencies tend to run into problems.

Ben’s sound advice and experience shines a light on issues from the outside looking in, giving a fresh perspective on how a client needs and wants to be treated by agencies at large. Word on the Street is sponsored by Just After Midnight, supporting your websites and applications 24/7. They provide managed cloud, 24hr monitoring and support and DevOps. Get a month free here: https://www.justaftermidnight247.com/street

Get in touch: [email protected]

“As soon as the COVID-19 crisis kicked off, the British Red Cross switched into emergency footing. It’s written into the charter of the organisation that we operate as the fourth emergency service alongside the ones that you would get when you dial 999. And so we have an obligation and we have a mission to act. And so the organisation very quickly shifted to that footing, which was quite a thing to behold to be honest with you.” – Ben Holt

“Have a bit of humility. Calm down a bit at times. Look at what is already there, what is functioning, what you can inherit and build upon and draw on that wisdom of the people in their roles.” – Ben Holt

“I think people actually want to see diversity from their agencies from their internal teams, because I really think that’s where the magic happens.” – Katie Street

“I think one of the sound pieces of advice I was ever given was that in my enthusiasm to create new worlds, you sometimes forget that you’re destroying old worlds.” – Ben Holt

“You can quite quickly tell whether an agency has put a bit of heart and soul into their pitch versus dusted off a template and plugging in some gaps and sending that over. I understand that it’s a tricky balance for agencies when they’re trying to pitch for work; how much can you afford to personalise everything before it goes out? But yeah, that’s that’s an important aspect for me.”  – Ben Holt

“I think that the critical thing which can be done at any point is that active listening piece, you know, when you’re in a pitch or you’re speaking to an agency, about the problem, you’re trying to solve, the questions that are asked, and the thoughtfulness of the responses is a real clear indicator to me of what kind of a service you’re going to get out of that agency.” – Ben Holt

“When you feel like they’re taking real pride in delivering something, you know, as beautiful and powerful as it can be, because it’s their reputation that they’re putting on the line and their professional pride and that comes across.” – Ben Holt

“It’s much more this blend of your agencies that do the thinking can help define the problem, define the solution and help deliver it and I think those are the agencies that you can really win with.” – Ben Holt

“I’m a firm believer that the charity sector, like any industry limits itself by only working with and looking at things in the way that it always has. And so actively look outwards.” – Ben Holt 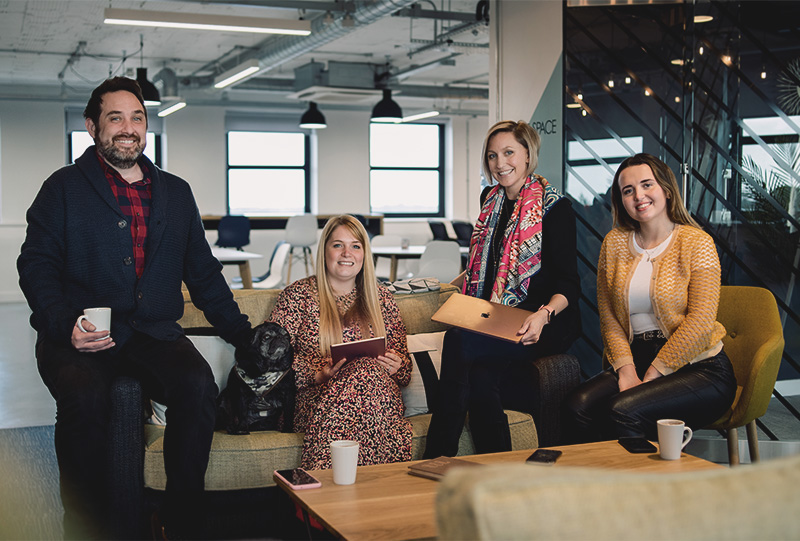